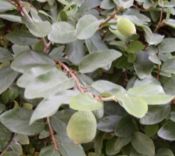 Rhymes with void, shares Z with Zuniga. Zoyd's last name perhaps references Wheeler Hall at University of California at Berkeley, at the epicenter of student unrest in the 60s. 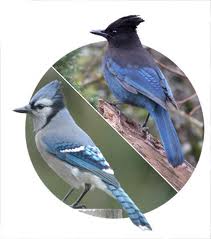 The blue jay [Cyanocitta cristata] does not range west of the Rocky Mountains. The birds Zoyd hears are Stellar's jays [C. stellari], with dark heads and a more uniformly blue body.

Plant genus including Thapsia garganica; roots used medicinally as a purgative, diuretic, and emetic. Contact with the sap can cause intense itching and blisters.

86 = to remove, take out, discard. During Prohibition, a popular NY speakeasy called Chumley's had an entrance at 86 Bedford Street. Customers generally used a more discreet entrance accessed through a neighboring courtyard, and this was the entrance used by the police when staging a raid. When warned of an impending raid, the bartender would shout, "86, everybody!", meaning that patrons should quickly exit through the safer, public entrance.

"nacreous pretty saw"
Referring to the mother-of-pearl grips on "Cheryl's" chainsaw. And yet another phallic reference, "nacreous" being a common adjective to describe a male's ejaculate.

The act of passing or jumping through a window. Defenestration is the act of throwing something [or someone] out of a window. 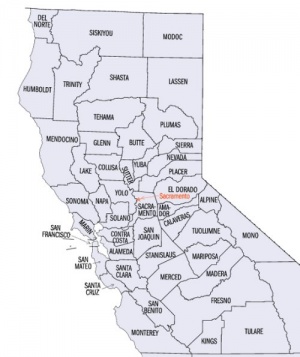 Vineland was actually a farming community in real history that was located in Santa Clara County, near Los Gatos, Calif. in the later half of the 19th century. I came across this studying old voter registration records. While Pynchon's fictional town and county seem to be further north, this general area of Calif. is central in the book.

"cop vehicles...playing the 'Jeopardy' theme on their sirens."
The first of many TV show / theme song references, this one to the popular game show Jeopardy! which began airing on March 30, 1964. Listen on YouTube.